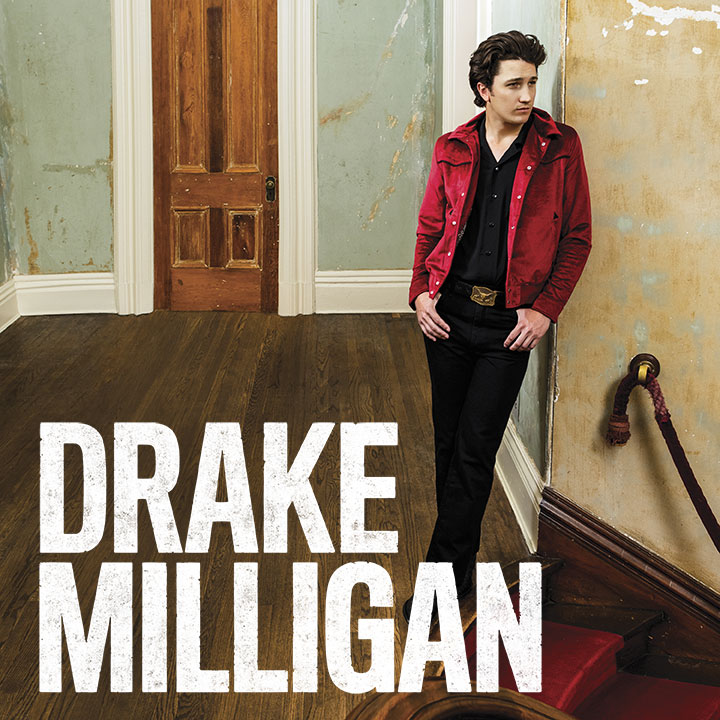 Media and industry partners will have the exclusive chance to hear Drake perform tomorrow, July 7, when he delivers a full-band performance of the EP in its entirety via live stream, Live from Brooklyn.

“The greatest pleasure of creating this EP was getting a masterclass in country music from the best songwriters, musicians, producers and engineers that Nashville has to offer,” says Drake. “I hope y’all will have as much fun listening to these songs as I had making them!”

The songs on the EP represent Drake’s sound as old school in a new way. The way he carries himself is well beyond his years. An old soul. Through his manner and music, he re-creates vintage with a modern twist. He co-wrote every song on the EP, tapping into different themes for each to showcase his songwriting talent and vocal chops. While the upbeat tracks showcase Drake’s ability to entertain, it’s the heartfelt ballads where his deep, smooth as silk vocals really shine.

Co-writing every song was explicitly important to Drake for the EP to express exactly the kind of artist he wanted to be. In the trouble-drowning, alcohol-soaked “Over Drinkin’ Under Thinkin’,” the Texas native layers the fiddle and steel, while on the upbeat, rebellious track “Sounds Like Somethin’ I’d Do,” he reignites the lost art of fast talking.

In the ballad, “Don’t Look Down,” he eloquently paints a picture of falling in love on a dance floor, defying gravity thanks to the honky-tonk’s trusty old jukebox, while “She” is a beautifully simple but emotive depiction of a lovesick boy, listing off everything he loves about a girl.

Now 23, Drake moved from Fort Worth, Texas to Nashville, Tennessee at only 19 years old. Armed with an appreciation for the history of Country music, a standout voice and charisma, he listened intently in his co-writes and recording sessions – where prolific songwriters taught him how to tell a story, legendary producers taught him how to use the mics and studio as a vehicle for his voice, seasoned musicians were willing to back the new guy, and his country music heroes shared insightful advice on how to seamlessly shift from the studio and the stage.

Wisdom instilled, he’s finally ready to present himself to the world.